Guys if you haven’t been to Prague you are missing out! It is the most wonderful city with so much to see and do. I spent a lovely weekend in February in Prague with the boyfriend and we had one of the most wonderful holidays ever.

Prague as a city is like something out of a fairy-tale, the architecture in the Old Town especially has been untouched and is truly magnificent. In this area you will find the famous Astronomical Clock and a huge square in which many market stalls are set up to feed the hungry tourists with local Czech delicacies and the all important mulled wine.

February in Prague can be quite cold so wrap up well. One of the highlights of the trip for me, was the trek up into the Prague Castle grounds. Prague Castle is technically not a castle, but a series of exquisite buildings and a huge cathedral in the middle of it all. It’s quite dramatic and well worth a visit.

In terms of expenditure, the local currency Koruna is used. Prague was quite possibly one of the cheapest city breaks I’ve ever been on as the cost of food and drink is actually quite cheap (a cocktail for less that €4 and a beer for €1.50!) this may also have to do with the time of year we traveled also. The local market stalls are a must for snacking on the go, but if you would rather something a bit more formal, there are some wonderful bars and cafes surrounding the old town square. My particular favourite Czech Cuisine was in fact the Beef Goulash, which was literally served in a loaf of bread. Also a firm favourite of mine was the hot chocolate, which was melted chocolate mixed with hot milk served thick in an espresso cup. You have not lived until you have tasted it!

In terms of how to get around Prague, all interesting sites are within walking distance from the Old Town which is where we stayed. However if you did want to go further afield there is an underground subway and also a fantastic bus route which takes you out to the airport also. Again the cost of travel was cheap.

There is so much history within Prague. On the outskirts (about an hour on a bus) of the city lies the dismal remains of Theresienstadt concentration camp , an old concentration camp used by the Nazis throughout World War Two. Although it was not an extermination camp, thousands perished from the poor unsanitary living conditions. The camp lies in a just outside a little town called Terezin, which became a Jewish Ghetto during the war. The concentration camp is actually famous for the suitcase of children’s art that was smuggled out of the camps. The camp itself although morbid and haunting, is amazing to view. It consists of two fortresses, and usually in my experience with other camps the original camp has long been destroyed and leveled to the ground, Theresienstadt remains the exact same as it had been during the war. There is an amazing Museum within the camp grounds and even though we did not have a guided tour, tourists are free to walk around as they please. One of the eeriest moments had to be the tunnel that connected the two forts, it took maybe ten minutes to get through and it was long and dark and narrow. So definitely not for the faint hearted.

Lovely memorials now surround the camp which you can see is well cared for. After visiting the camp we decided to go into the town of Terezin where there is a Jewish Museum. It was perhaps one of the oddest experiences we had. The locals seemed quite resentful we were there if I’m honest. It was also quite like a ghost town, with barely any signs of life along the streets. We had presumed we would find a little café or bar to eat some lunch, but to our dismay there were none. So starving we had to return to our bus stop and return to the city quite famished. If I were to make any recommendations, do give the camp a visit, it is well worth it and so historically informative and a must for World War Two fans. I would avoid going into the town of Terezin however at all costs. This is just my own personal opinion from our rather strange visit there.

In terms of accommodation  we stayed in a lovely apartment just off the Old Town Square. The building homed a number of huge beautiful apartments run by the Indian restaurant below. The apartment building was called  U Cerneho Medveda- At The Black Bear (click the link for it’s page on booking.com). This apartment made our holiday. There’s no other way to put it. It had beautiful high ceilings with dark wooden beams and the artwork was to die for. For two people we had a huge amount of space. It is really a sprawling property. At the time we booked it when it was on special offer and for three nights it cost the equivalent of €15o! Amazing! It was a perfect spot to use as a base, as all the wonderful sites were in walking distance (no more than twenty minutes).

We stayed in number 43, it was like a penthouse suite. It felt like total luxury having a kitchen, living area, bedroom, toilet and shower room all to ourselves. The staff, I can’t say enough about them, such friendly staff who were super helpful. Even though it was so near old town square there was very little noise. Honestly I can’t wait to go back and I would stay here again absolutely!

The only issue we had was trying to not soak the bathroom floor as the shower was difficult to manoeuvre as you had to sit and have the shower head pointing in towards the wall to have a shower. As such the floor got soaked on a few occasions. The wifi was quite temperamental for us, it’s excellent when you can connect to it but some times it took ages to connect to the network. Not really too much of an issue as we were out of the apartment for most of the day. Also would have liked two pillows on the bed but that’s me being picky. Overall one of the best stays I’ve ever had!

Below are some pictures of the trip, They seem to be published all mixed up so I’ve included some titles to aid this. Enjoy! 🙂 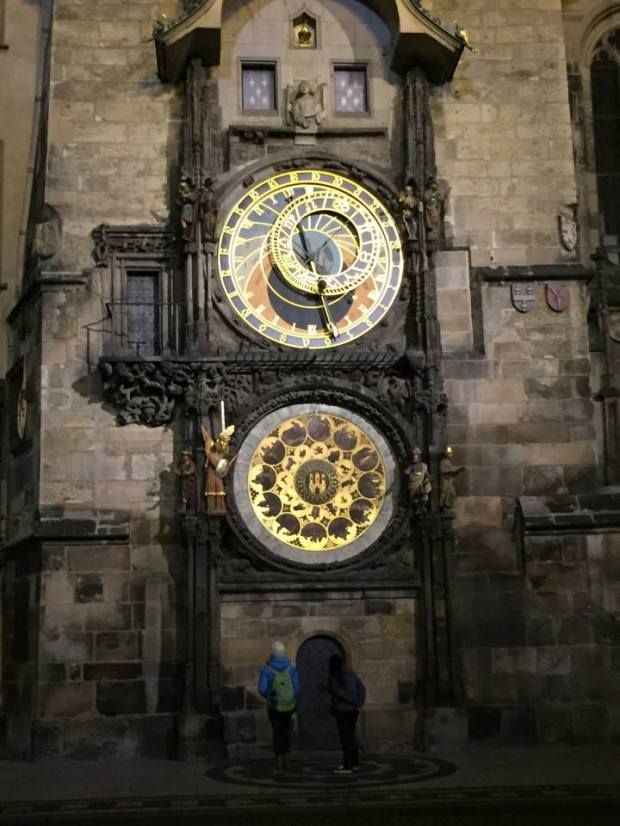 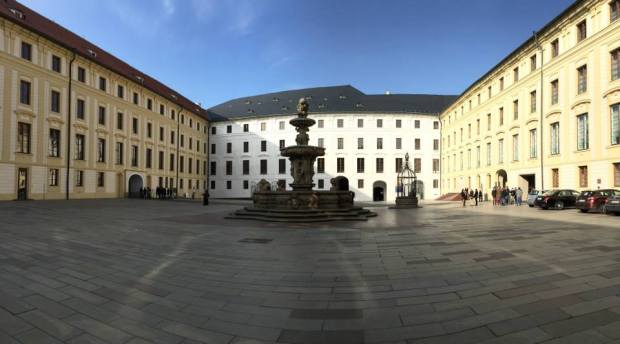 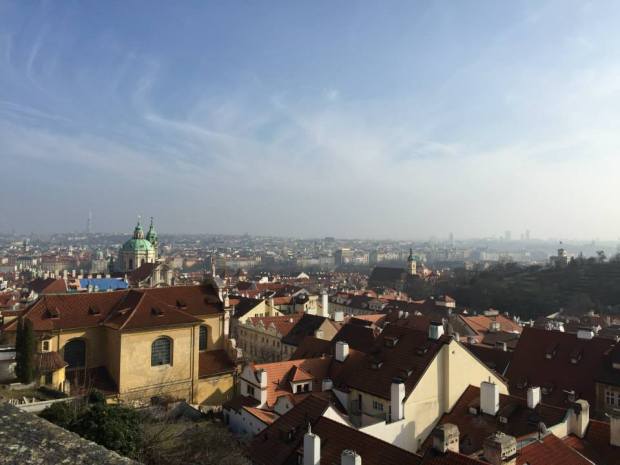 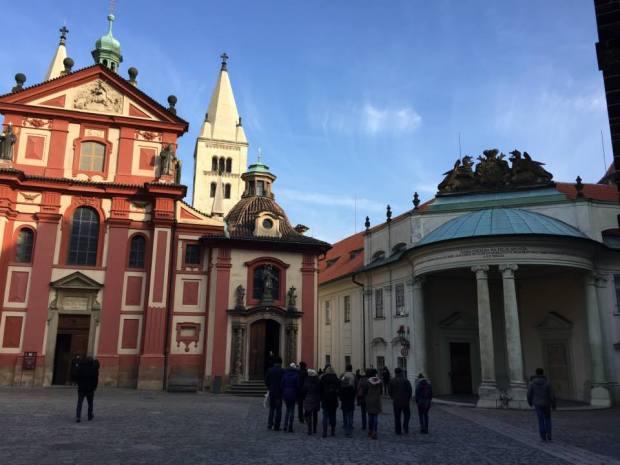 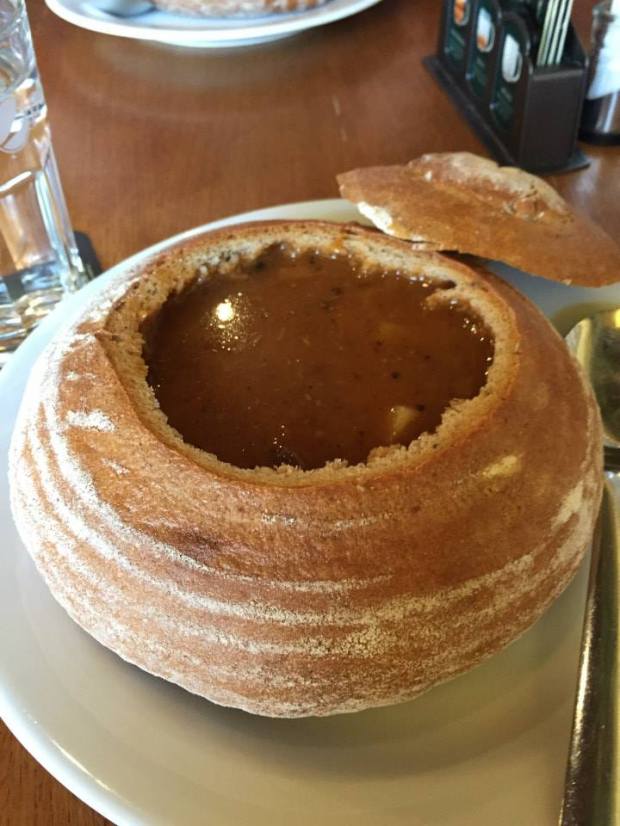 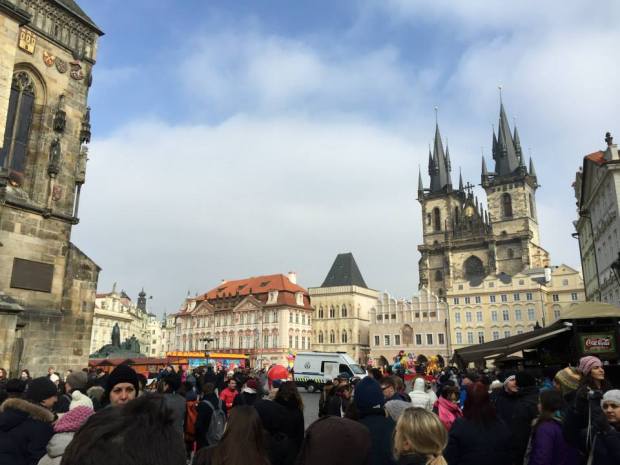 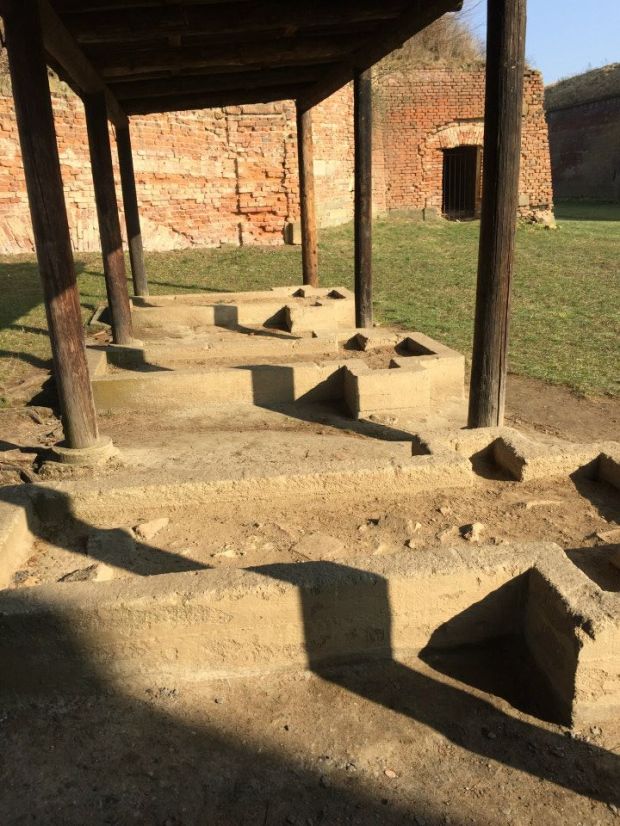 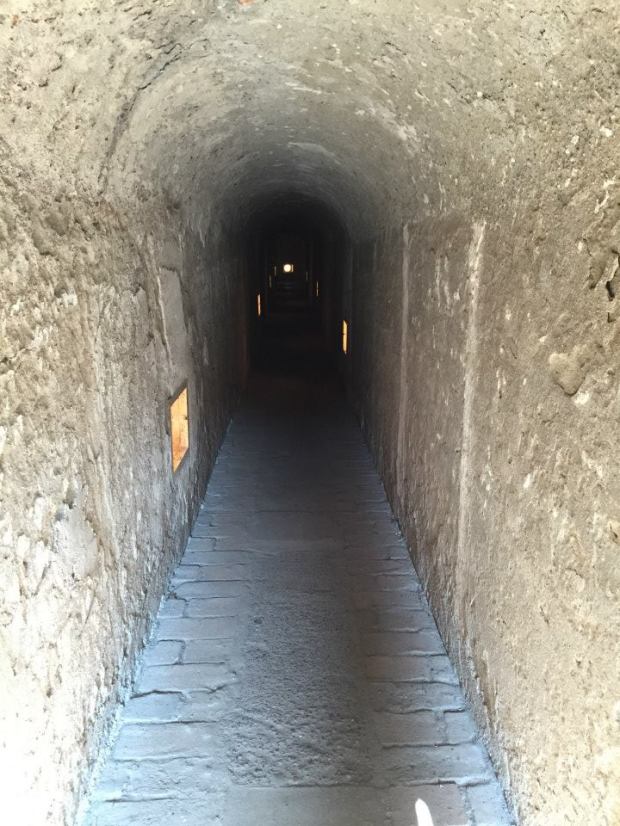 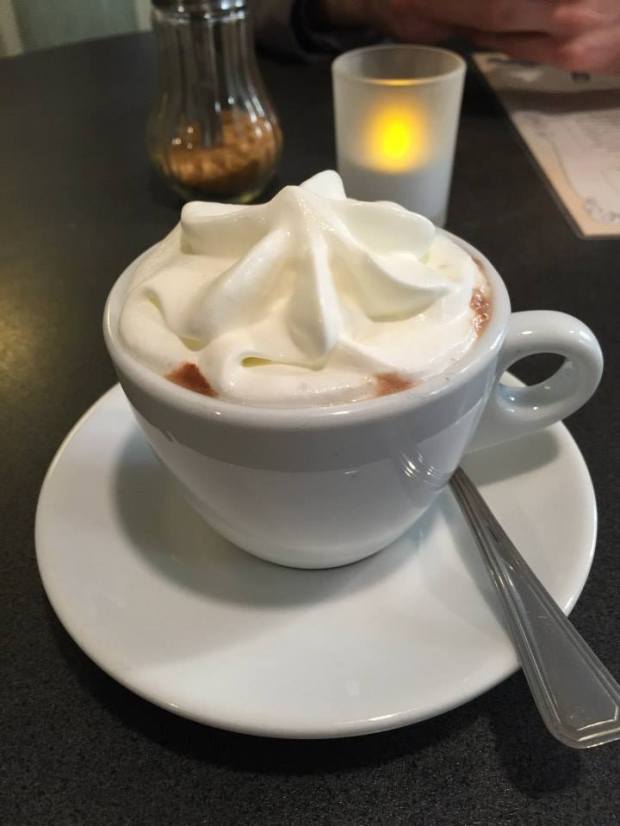 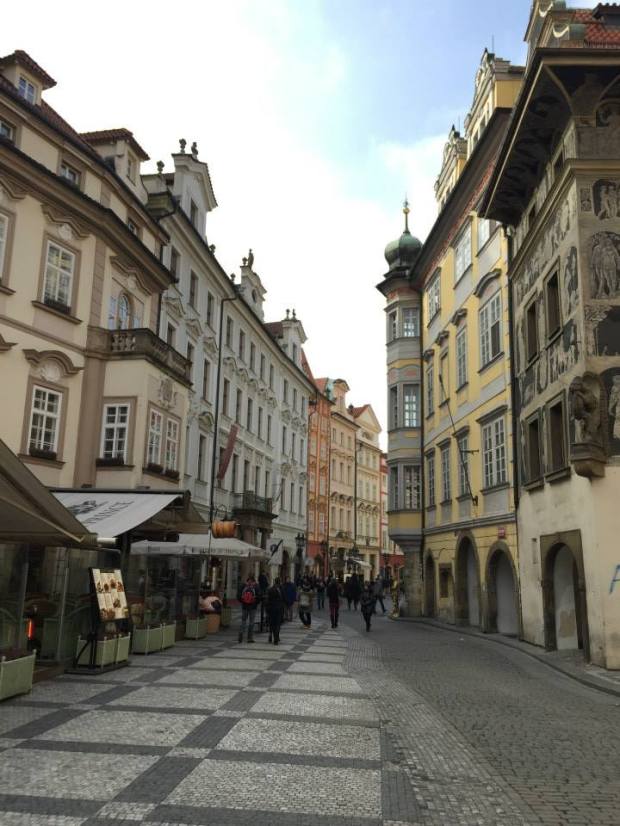 More of the concentration camp 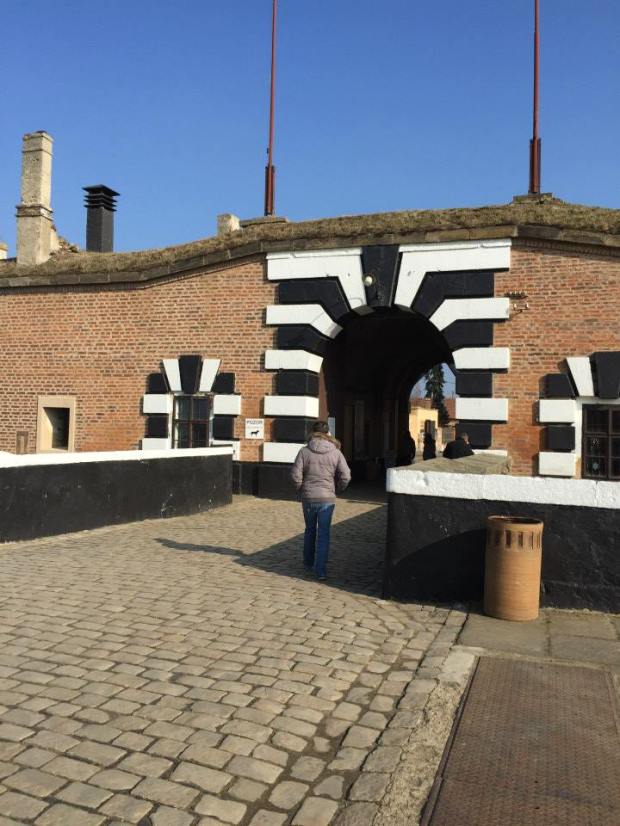 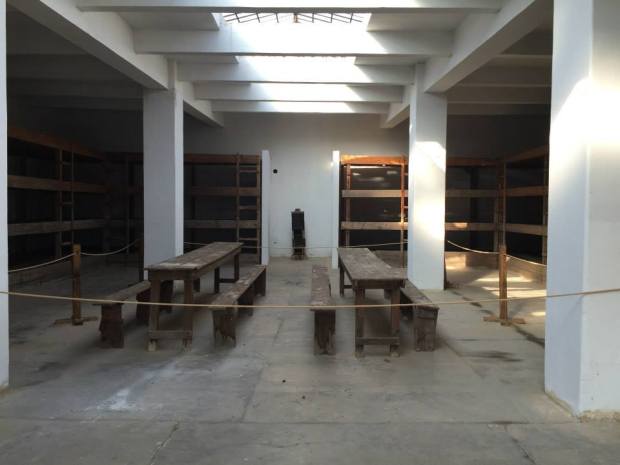 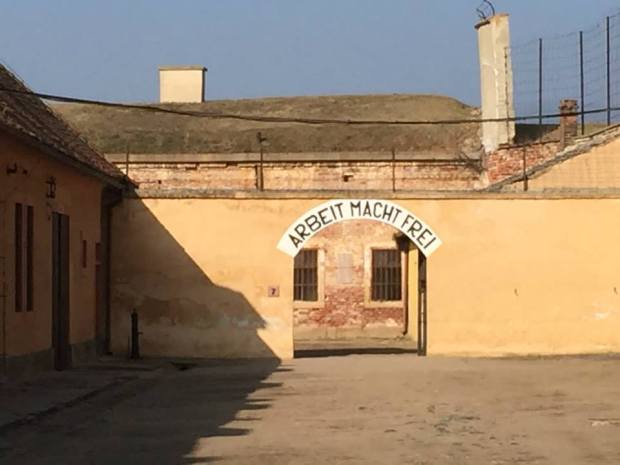 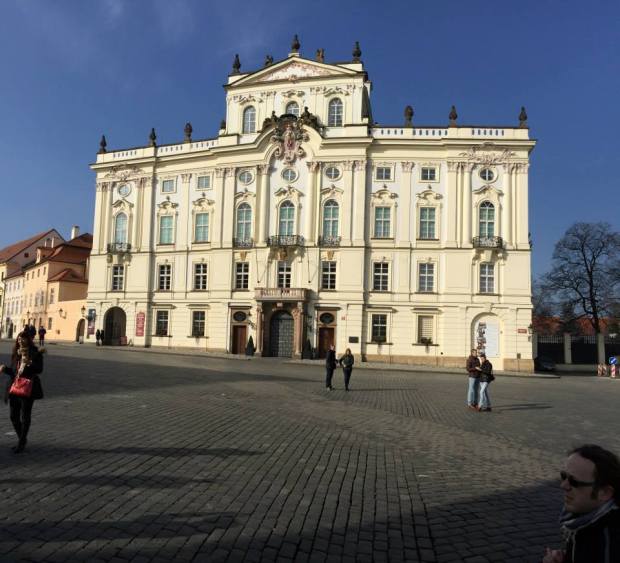 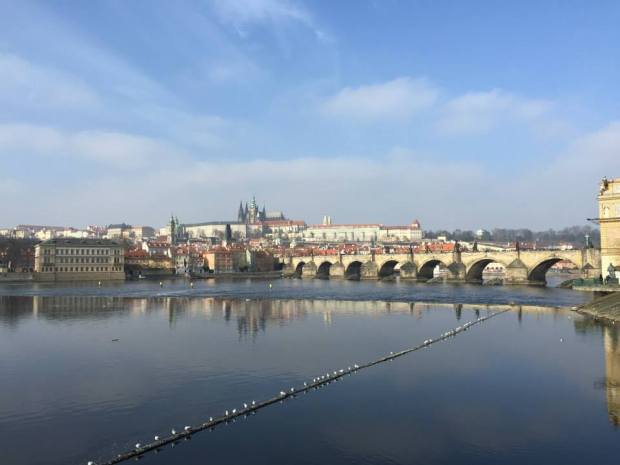 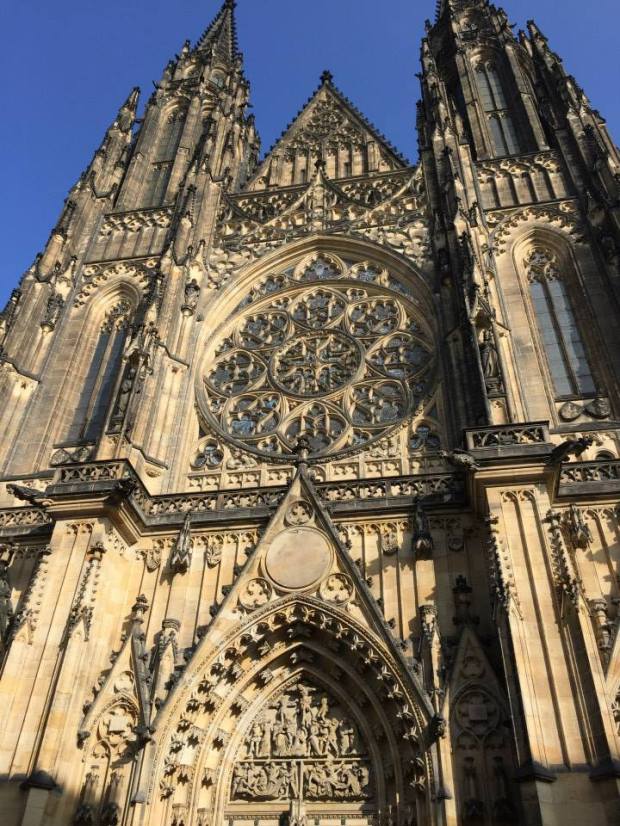 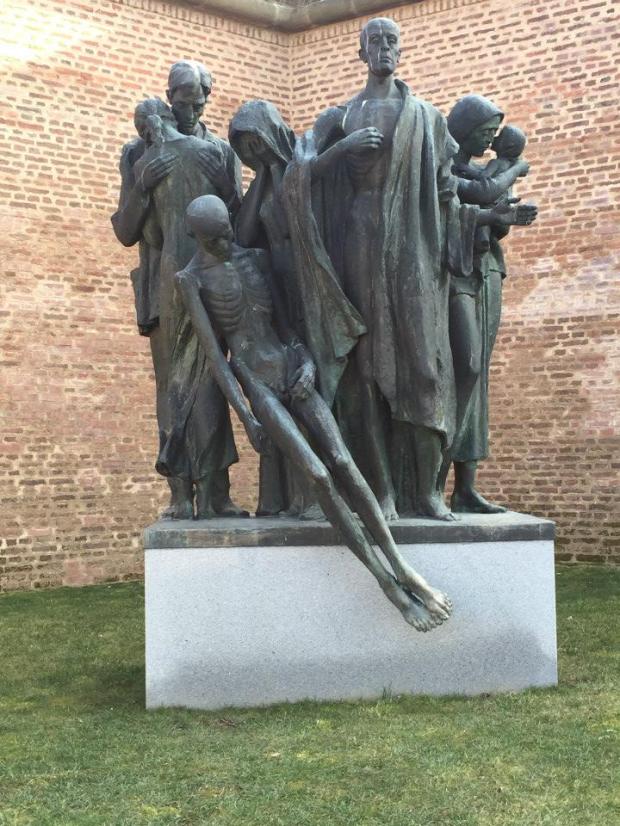